Science Resources
What is Science? Science is the systematic study  (of the structure and behavior) of the natural world
that formss Conclusions based on evidence obtained through observation and experiment.

Scientific Method (basic order of steps)
Form a Question,
Make a Hypothesis,
Do an Experiment,
Make Observations, Collect and Record Data,
Analyze the Data,
Form a Conclusion,
Communicate your findings

A Hypothesis is a testable statement usually in the form of an &quot;IF ~ THEN&quot; Statement.

A Conclusions tries to explain Why something happened and can be used to make predictions.

A Controlled Experiment Compares one test to another test.
A control experiment is a test where only one variable is changed at a time ~ the Independent Variable (I.V.)
all other variables are kept the same or held constant ~ The Constant Varibles (C.V.) .
This helps ensure that the measured outcome of the test, the Dependent Variable (D.V.), only depends and results from
the 1 changed variable, the I.V.

FORCE= a Push or a Pull
(Note: forces can also be combinations of both like twisting open a bottle)
The SI Unit of force is the Newton (N) ~ Which is equal the force of gravity acting on 100 grams of matter on Earth.

Be able to explain the forces of:
Gravity (all matter is attracted to all other matter)
Friction (the resistant force that results from materials rubbing on each other like air resistance)
Understand that other these types of Forces exist.
Chemical, Potential, Sound, Nuclear, Kinetic, Mechanical, Thermal, Radiant, Electrical
Be able to explain that objects at rest (not moving) have balanced forces (a net force of Zero)
& That Un-Balanced forces produce movement.

ENERGY = the Ability to Do Work
Be able to explain that there are different forms of energy
& That Energy can Not be Created or Destroyed but That it Can Change Forms.

Understand why stored forms of energy are called Potential Energy

Understand the SI Unit of energy is the Joule (J)  which is equivalent to the amount of energy it takes to lift 100 grams of mass to a height of 1 meter.

​Understand that a Calorie is another Unit of energy  which is equivalent to the amount of energy it takes to raise the temperature of 1 gram of water, 1 degree Celsius.

​Understand that Forces and Energy do Not have mass or volume, That they are generally invisible and is seeming everywhere even though we can’t see them. (Cell phone and radio waves are examples, Love is another) Note: We can see the effects of Energy and Force. Light makes things appear but light is invisible, as is Gravity which holds things to the earth, but we can measure it.)

Understand that though science is probably the best empirical way to understand the natural phenomenon, There are things that science can Not explain. And that, there are (most likely) types of forces and energy that we do not know even exist.
SOUND ~ is caused by Vibration and mMst travel through a Medium/material
LOUDNESS  -  Amplitude   ~   PITCH – Frequency
Sound travels at about 330 m/s  (about 1 km/s) in Air and faster in more dense materials like water or steel.
People can hear sounds from about 20 Hertz to 20,000 Hertz
Sound is a form of Energy

LIGHT ~ travels in straight lines called rays
Reflection ~ Refraction ~ Dispersion ~ Spectrum ~ R.O.Y.  G.  B.I.V.
Speed of light is very very fast
A Light Year is the distance that light travels in one year
Speed of light is abouut 300,000 km/s or (300,000,000 ms/s)
How is a Rainbow formed?
Light is a form of Energy
The Earth, Solar System and Beyond
The Earth and beyond
• Observe and classify different types of rocks and soils.
• Research simple models of the internal structure of the Earth.
• Examine fossils and research the fossil record.
• Discuss the fossil record as a guide to estimating the age of the Earth.
• Learn about most recent estimates of the age of the Earth.
• Describe how the movement of the Earth causes the apparent daily and annual movement of
The Earth

The Sun and Stars
• Describe the relative position and movement of the planets and the sun in the solar system.
• Discuss the impact of the ideas and discoveries of Copernicus, Galileo and more recent scientists.
• Understand that the sun and other stars are sources of light and that planets and other bodies are seen by reflected light.

EXPERIMENT WORKSHEETS
USE PENCIL when Completing the Work Sheets Below. 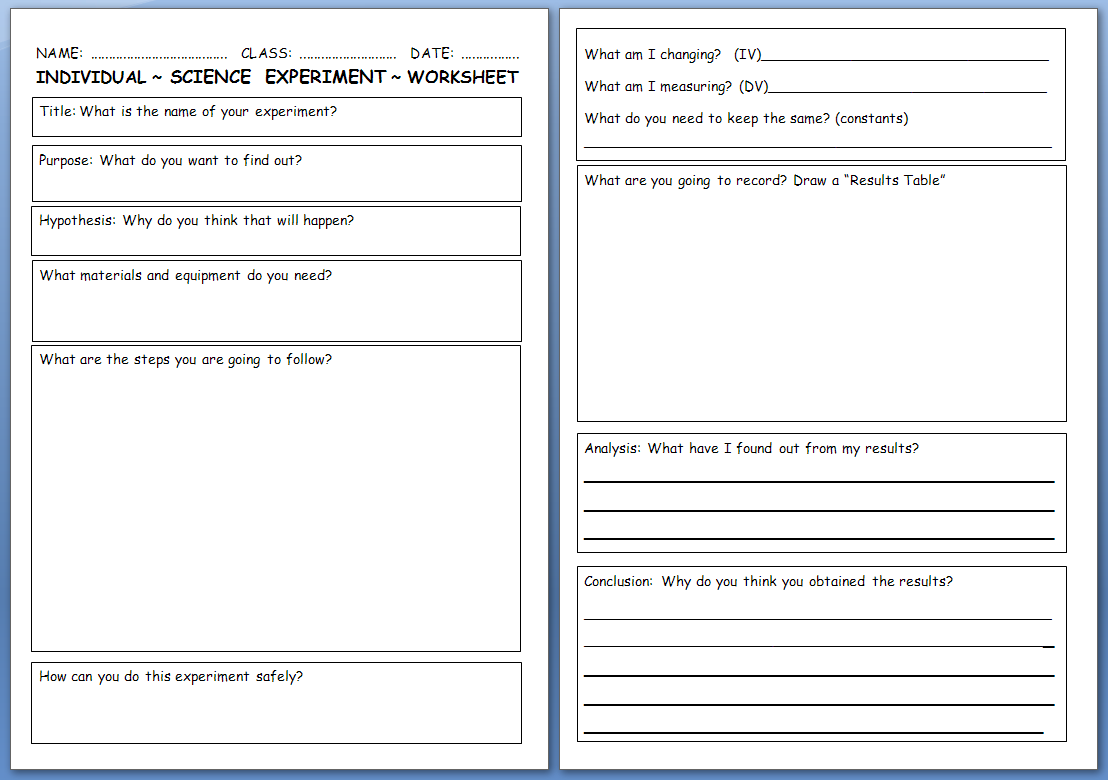